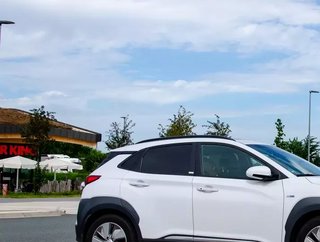 These critical partnerships contribute to over 50,000 charging connections that have been added to the public charging network across the continent within seven months, allowing NewMotion to now offer access to over 250,000 charge points within its network.

This will allow EV drivers to use only the NewMotion or Shell Recharge charge card and app, to travel the entire 5,000+ kilometres from North to South Europe in one go.

Today, the majority of drivers still use multiple charge cards when driving on-the-go. 59% of EV-drivers have two or more charge cards.

With its increased number of roaming partnerships, the NewMotion network now offers access to public charge points from Nuorgam in the Northern tip of Finland, to Modica, on the island of Sicily in southern Italy.

This 5,000+ kilometre journey can now be completed with an EV and just one NewMotion or Shell Recharge card, providing easy access to plenty of charge points en-route.

As part of the recently adopted package on climate proposals, the European Union has set targets for member states in the ‘Green Deal’ to provide access to a public charge point every 60 kilometres by 2030.

As Europe strives to reach this goal, more and more people will be switching to driving electric, with EV adoption in the UK currently set at 13.5%.

“Connecting even more partners into the NewMotion network is a big step forward for drivers all over Europe”, said Melanie Lane, CEO of NewMotion. “The ease of access has simplified the journey of driving to Europe's southern regions such as Italy and Portugal from anywhere in Europe. We are confident that with our new partnerships, in both new and existing countries, that we’re offering EV drivers easy access to charging infrastructure when on the roads.”