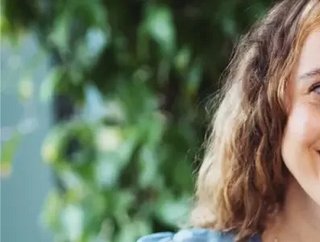 5 minutes with Jennifer Motles, Chief Sustainability Officer at Philip Morris International, on a smoke free future and diversity being more than an agenda

From a simple tobacco shop in 19th century London to the international chain it is today, Philip Morris International may not be the first place one would imagine to be a hub of sustainability, inclusion and environmental action.

“Sustainability has become more popular. It matters to society”, says Jennifer Motles, on her role as Chief Sustainability Officer at PMI. Motles joined in 2015, as the Manager for Global Affairs. The Harvard graduate quickly accelerated through the company, becoming CSO in November 2020.

“In order to create a new system we have to get rid of bad things, not just put in solar panels”, explains Motles on her attitude to sustainability. “Of course you want visibility, but at the same time, we have to address the things which are not good for the planet.”

There are a lot of visible changes at PMI. The company no longer uses coal and has installed biomass boilers and solar panels to support its manufacturing facilities. In addition, PMI aims to source 100% green electricity for its manufacturing sites by 2025 - and Motles is keen to reach this target, setting an example for consumers worldwide.

Despite advertisement bans in many countries and the social stigma, PMI cigarettes are used internationally and across every demographic.

PMI touches a lot of lives and with that, has a lot of influence.

“We have to address the companies and governments which have big carbon footprints”, said Motles. “There is so much potential. We need to be critical in the right way.”

Standing up to the status quo is nothing new to Motles. “My background is in Human Rights”, she says casually. For two years, she worked at the Ministry of Foreign Affairs of Israel, in Geneva, Switzerland. Some skills learned in this role are often used as a CSO. For example, PMI has implemented sustainability reporting practices, to ensure employees with concerns can be supported in divulging them.

“People report to me”, Motels says of PMI’s sustainability reporting practices. “What is the effect? We provide the most transparent information for our stakeholders and shareholders. Reporting is essential.”

Diversity is not just an agenda at PMI

In mentioning sustainability to stakeholders or shareholders, they may instantly think of the environment - but supporting under-represented groups is a pillar for PMI.

“It’s not just in the company - we have more than 70,000 employees. We are a microecosystem”, explains Motles.

The PMI global workforce is an efficient one, as the company has been certified as a Global Top Employer for a third year.

“We can change systems”, says Motles. “We can promote equity and become ambassadors of that - we can go first and then the government.”

For PMI, actions had to be louder than words and the company has set up several diversity and inclusion policies:

“Diversity is not just an agenda”, says Motles firmly, who understands the impact an unhealthy working environment can have on the wellbeing of employees. “Mental health wellbeing is important in the workplace. That is something which makes me very proud of working at PMI.”

PMi is a company which can adapt with the times. From one small tobacco shop to an industry which sells smoke free products, such as: