Rio Tinto to reach net zero across operations by 2050 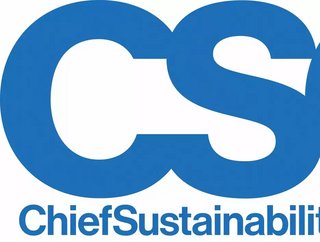 Back in 2019, mining titan BHP announced plans to reach net zero emissions by 2050 and stated that US$400mn would be invested in reaching this goal. Not...

Back in 2019, mining titan BHP announced plans to reach net zero emissions by 2050 and stated that US$400mn would be invested in reaching this goal. Not to be outdone by its closest rival, Rio Tinto has now entered the net zero race by committing to the same timeframe as BHP albeit with a substantial jump on its financial commitment.

Over the next five years, Rio Tinto will pump $1bn into its climate change initiatives with a few to reducing emissions intensity by 30% by 2030 (compared with 2018 levels) along with a 15% cut in absolute emissions by the same time. These targets apply to its scope 1 and 2 GHG emissions. According to outlets including the Guardian and Financial Review, scope 3 emissions (emitted by consumers) are not currently included in Rio Tinto’s decarbonisation plans.

BHP, conversely, has committed to tackling scope 3 emissions along with the plans for its internal operations.

Rio Tinto has identified six key areas for change, although it has so far remained vague on the methods it will settle on for reducing emissions. Tailings, for example, will see the firm “Work with industry to research and develop new tailings solutions” while its water management will see an “Increase [in] capability to enhance water use and reduce waste. Solar, wind, hybrid and electric equipment, and ELYSIS (a recent development that will enable GHG-free aluminium production) make up the remaining key areas.

In line with its solar ambitions, the firm is installing a 34MW photovoltaic solar farm at Koodaideri, East Pilbara, Australia. This, Rio Tinto’s first solar farm, will provide around 65% of the power needed for operations at the Koodaideri iron mine, making it the firm’s “most technology advanced mine yet”. As of the end of 2018, Rio Tinto said that 71% of the electricity used across the business was sourced renewably.