The future of smart cities in Europe 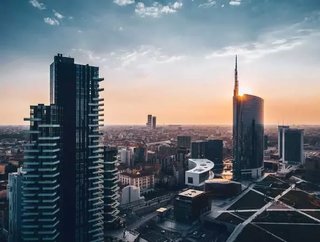 Smart is increasingly becoming the “pre-fix” of cities when talking about the near future or even the present of the places where most of us live (o...

Smart is increasingly becoming the “pre-fix” of cities when talking about the near future or even the present of the places where most of us live (or spend most of our lives). Mayors across the Globe, and even more across Europe, are announcing claims to promote the smartness of their cities, in opposition to a presumed “dumbness” of less developed areas. But, what is really a smart city? And are digital technologies (the always acknowledged building blocks of a smart city) enough to make a city really smart?

Obviously, I do not have a definite answer, but I am sure smart cities of the future will be much more than we are currently seeing, even in most advanced cities in the world, and with much more than just digital technologies. In my view, a smart city is connected (obviously), but also sustainable and with shared resources.

Smart Cities of the future, in essence, will be the cities of Millennials and digital natives, therefore no one has doubt about each individual, but more interestingly each object (house, building, appliance, car, street light) in the city will have a digital identity and the ability to communicate with the others (and to create, capture and manage data). But what is currently missing in the discussion about the future of Smart Cities is the “what for” of this tremendous amount of data-generating objects and individuals coexisting in a limited geographical area.

Let’s make an example of the city of Milano, where city planners added a relevant number of points of access (plate-recording video systems, at the current technological development) to monitor the cars entering in the city. After years of control of the city core center area, the municipality of Milano in 2019 is planning to extend the monitored area to cover almost every access point to the city. The idea is to reduce pollution, by creating an economic disincentive to most polluting (old) cars and vehicles entering the perimeter of the city. Well done … but is it really Smart? Yes, we are using advanced digital technologies (in a few years the cars themselves will let the system know they are entering the city) in order to improve the quality of life of citizens. Smart enough? Perhaps not.

What if we envision a routing service, connected with car navigators, that based on the monitoring of the flows entering and exiting the city is able to divert traffic into less congested areas? What if, studying the habits of commuters, the city could design better public transportation to serve those areas where there is greater need? What if, having further information about the destination of individual cars, it is possible to create a car pooling or a car sharing service, to further reduce the number of cars entering into the perimeter of the city? What if, one last example, knowing the reason why a car enters the city, we can foresee retailers offering “real time” commercial services on the go? Much smarter? Probably yes. What do all these smart services have in common? They are soliciting the attitude of future generations towards sustainability and shared resources, looking at “assets” not as “properties” but as “services” to be used “on demand”. The performance (reducing the emissions, reducing the time of the journey, improving the quality of the time of stay in the city) is the key.

Let’s go a step further. In a City of connected, sustainable and shared objects, even the buildings can be seen “as a service”. Circular buildings, designed for being easily dis-assembled or assembled according to a different purpose (an office space could be turned into a commercial or even residential space, and vice versa), with digital technologies to control energy production, storage and consumption to best adapt to real needs (e.g. controlling the room temperature and light, according to the presence of people and the activity they are running). Circular buildings can be “sold” as a service, shared among individuals, and become central to the more flexible way of living and working that Millennials are now increasingly experimenting with. Furniture of any nature can be rented on a monthly base (we can do this already starting from 2018 using a very large and global furniture provider, right?).

There is a tremendous need for businesses to envision and develop “services” based on connected, sustainable and shared assets for a generation of new citizens. We are on the edge of a new era of opportunities (think to the examples listed above) and many more can be generated. The quality will be high, and the nature of data collected will be broad. Existing businesses, particularly those dealing with mobility and building, need to adapt their strategies to this incoming future. The challenge, as I tried to explain, is more than just to include digital technologies in the different objects, this certainly it is needed, but it far from being enough. Better, it is the starting point for the creation of something that will fit with the needs of future citizens.

It is essential that city planners go beyond making bold claims about smart city initiatives and action greater engagement with businesses. Cities which are deeply “retrofitted” with the courage to completely re-design (or to create brand new) areas where digital technologies underpin connections between individuals and objects, must make these areas accessible and available for future businesses. Milano, in this respect, with the recent interventions in the so-called MIND area (where EXPO was taking place in 2015) and in the City Life district, represent undoubtedly a good practice to be followed elsewhere in Europe.