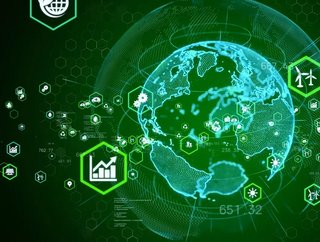 Vodafone UK urged the government to prioritise a speedy adoption of digital technology, in order to achieve net-zero greenhouse gas emissions by 2050

The UK will play host to the 2021 United Nations Climate Change Conference (COP26) later this year and have been implementing policies to deliver goals for emission reduction such as the new Sixth Carbon Budget target of 78% reductions in emissions by 2035 and net zero emissions by 2050.

A new report from Vodafone and WPI Economics, is calling on the Government to put the fast deployment of digital technology at the core of its forthcoming net-zero strategy.

The report ‘Connecting for Net Zero: Addressing the climate crisis through digital technology’, examines how existing tech, such as Internet of Things (IoT) and 5G, could substantially reduce greenhouse gas emissions in three key sectors: agriculture, manufacturing and transport.

The research shows that the adoption of technology in manufacturing, transport and agriculture could reduce the UK’s overall emissions by as much as 4% a year (17.4 million tonnes of CO2e), the equivalent of the annual emissions of the North East of England.

Andrea Donà, Chief Network Officer for Vodafone in UK, said: “Significantly reducing emissions from traditionally carbon-intensive sectors – such as manufacturing, transport and agriculture – is one of the biggest opportunities of the next decade.

“Businesses and government must work together to drive the adoption of technology that will maximise efficiencies and help the UK decarbonise more rapidly to meet vital environmental goals.”

Digital technology could play a key role in helping the Government reach its goal to slash emissions by 78% by 2035, before achieving net-zero by 2050, the report finds.

It is highlighted in the report that every part of the UK would see the benefits from such technology. In towns and cities, most of the carbon savings from digital tech (87%) could come from transport; while in the countryside, 38% of the savings could come from the digitalisation of agriculture.

Susanne Baker, Associate Director, Climate, Environment and Sustainability at TechUK, said: “It is critical that Government, regulators and business work together to fight climate change and achieve net-zero by 2050.”

“Digital technology has a huge potential to help us achieve our climate goals. Digital is already emerging as a key tool to support the net-zero transition, and as this report shows, existing digital technology can have an even more significant impact in reducing our carbon footprint across the economy.

With COP26 around the corner, now is the time to act.”