TomTom: Mapping out the future of smart cities 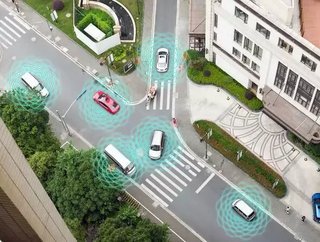 Heiko Schilling, Head of Navigation, VP Engineering at TomTom, explores how, if we want to create sustainable and smarter cities, high-definition mappin...

Heiko Schilling, Head of Navigation, VP Engineering at TomTom, explores how, if we want to create sustainable and smarter cities, high-definition mapping is critical.

Readers of a certain vintage will remember the video game series SimCity, in which players built and managed massive metropolises, controlling everything from city taxes to transport infrastructure.

SimCity managed the seemingly impossible task of making urban planning fun. A key reason why it worked was because players could scroll through the map to identify problems in their city, or access “real-time” data to make their decisions. The player was, in effect, omniscient and all-seeing. While this was a real-world impossibility at the time of the game’s release, these abilities are now tantalisingly within reach in so-called smart cities.

As in SimCity, digital mapping is crucial to delivering and managing smart cities. But before we explore why high definition maps are so important, it’s worth defining what we mean by ‘smart cities’. These are often painted as visions of the future, but the truth is that cities have had ‘smart’ elements for years.

A more accurate term would, therefore, be ‘smarter cities’, which build layers of systems and functionalities upon existing technologies to provide even deeper, more accurate and more up-to-date insight into city infrastructure. The examples are potentially limitless, but most applications tend to focus on the biggest bugbears of urban living – transportation and associated infrastructure.

The cities of the future will, we hope, eliminate gridlock through smarter public transport, including autonomous vehicles and ‘micro-transportation’ such as eScooters and delivery drones. Connected, centralised systems will gather and share data to improve traffic flows of both vehicles and pedestrians and will also manage available parking spaces more efficiently. Above all, they will provide urban managers with the ability to take a holistic approach to city infrastructure, ensuring that they can keep the traffic moving.

As in SimCity, these abilities all depend on urban planners and managers being omniscient, and this is where high-definition mapping has such an important role to play. These maps provide more than just a digital representation of the real world, important as that is. To enable the next generation of smart services we need to represent every element at centimetre-scale – for example, to manage the exact position or distance between vehicles in autonomous transportation systems.

Without a highly accurate, centimetre-scale digital map, it will be impossible to make autonomous vehicles aware of their location, environment and pathways around the city. City managers (and logistics and transport operators) don’t just need to know the rough location of their vehicles: they must also have absolutely precise information on lane models, road geometry and signs. This knowledge is critical for tomorrow’s sensor-based vehicles, enabling them to make sense of their environments they perceive, ensuring that they are in the correct lane, and supporting advanced driver-assistance systems – all of which adds up to safer and smoother traffic flows.

For all this to work as it should, we need more than the types of digital mapping software that humans use to plan their journeys or orient themselves. As the task of driving gradually shifts from the driver to in-vehicle systems, the role and scope of digital maps shifts accordingly. Smart cities, therefore, depend on machine-readable maps.

Automated vehicles today come equipped with a variety of sensors used for perceiving its surroundings and for localisation, including cameras, radars, and LiDARs (3D laser scanners). These technologies not only enable vehicles to take their cues from sensors embedded within roadside furniture; they also mean that vehicles can capture data from their surroundings and feed it back into the map. This ensures that maps can be constantly updated to ensure that they are always an exact match to the reality on the ground.

If developing smart, high-definition mapping sounds like a highly complex task, you’d be right. It will take initiative, vision and investment to put such projects into effect – but forward-looking cities like London, Singapore and Seoul are already putting these very building blocks into place. One of the most significant challenges to overcome, however, will be managing the huge volumes of information on which these systems rely, including data collection and verification, processing, and security. That’s why the most important person in tomorrow’s smart cities will be the “city CTO”, who will have the same God-like view of urban infrastructure and transportation data as the SimCity player. Indeed, local authorities in Salford and the West Midlands have already appointed Chief Digital Officers to provide the necessary digital and data strategy to make these projects a success.

And this brings us on to another key benefit of HD mapping to the smart cities of the future: simulation. Having a digital map of the urban environment enables planners to simulate the effects of infrastructure upgrades, roadworks or new transportation services on the city as a whole, and so identify unexpected consequences before the project begins.

Like Rome, smart cities won’t be built in a day. Instead, they will evolve gradually as new layers of intelligent services are added – but only once they have been rigorously modelled and tested. While intelligent transportation infrastructure is only one part of tomorrow’s smart cities, it will have probably the most important impact on their citizens and make the biggest difference to the city’s “liveability”. High definition, intelligent mapping provides the foundation – and the roadmap – to a smarter, faster future.