Biomass energy can power the planet from animal droppings 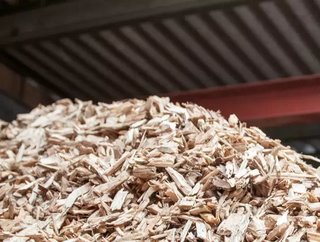 Solar, wind and hydropower are popular forms of renewable energy. Does biomass stand a chance?

Biomass is a form of renewable energy, which is gaining the attention of energy providers as a low-maintenance and economically efficient alternative to fossil fuels.

It works in a similar way to nuclear energy, by creating a force strong enough to spin a turbine to produce electricity.

The temperature intensity of the water from both of these processes creates steam to spin a turbine that powers a generator, and this creates electricity.

As supplies of oil, gas and coal are expected to run out by the middle of the 21st century, innovative scientists have supported the idea of biomass - as it is unlikely the planet will run out of trees or animal droppings.

Although such energy has been used since humans first learned how to control fire, it has not been used on a large scale, unlike its renewable energy peers.

Yet, according to research by Market Research Future, by 2027, the biomass market is expected to be worth up to $108bn, as more homes and businesses move towards renewable energy.

Anaerobic digestion: the process where animal or food waste is broken down. This happens in an environment free from oxygen, for example, in an anaerobic digester.

Biogas: this is a gas created through anaerobic digestion and can be used as fuel.

Biomethane: a renewable source of energy produced from biogas.

The positive aspects of using biomass

There are a range of positive outcomes in using biomass for both users and for the environment:

The negative aspects of utilising biomass

Biomass energy has been used to support human life since the invention of fire. Yet mass-produced biomass is a very new concept, and biomass has plenty of reasons which prevent it from becoming a mainstream source of renewable energy.

Biomass is a form of renewable energy, but it’s not entirely clean

Biomass is not as efficient as its green energy contemporaries: solar, wind and hydropower are sources of infinite energy, which are not depleted when used by humans. However, for biomass to remain renewable, the items it uses, such as trees, plants and waste, must be replaced. For waste, this is inevitable, but planting fresh trees and plants requires manual labour. Gathering and transporting the stock to a biomass factory will also cause pollution unless electric transportation is used.

Other traditional forms of green energy require less work after their initial completion. Wind turbines can be built in locations where they will work at peak efficiency, hydroelectric power stations are built next to suitable water levels, and solar panels can work anywhere in direct sunlight.

Furthermore, unlike the dangerous chemicals produced by biomass, these clean forms of renewable energy have no side effects on humans.

Unlike nuclear power stations, biomass can be a small-scale, at-home process.

Homes with outdoor spaces can station a biomass appliance in the garden and dispose of their food waste here.

The engineers at HomeBiogas created a kit that can convert organic household waste into cooking gas. Users filter their food waste into specific pots and leave the HomeBiogas kit to do the rest. Gas is created from the waste as it deteriorates and releases biogas. This is then returned to the owner's kitchen as they cook the next meal. In addition, the kit creates a fertiliser for the owner to use in their garden.

Biomass can also be deployed on a bigger scale. In the UK, the government has started a £4mn fund, The Biomass Feedstock Innovations Programme, which will support organisations that want to begin their production of renewable energy through biomass.

As the pool of available fossil fuels becomes smaller, and the environmental consequences of their use become clearer, the world must expand the possibilities of renewable energy - and stop being disgusted by animal droppings.