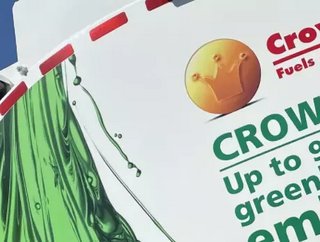 At the opening of Net Zero Week, Kao Data has said that through the use of Crown Oil's HVO (hydrotreated vegetable oil) 90% of CO2 has eliminated

Kao Data, a developer and operator of data centres, has taken a step towards its net zero ambitions, by becoming the UK’s first data centre to transition all backup generators at its Harlow campus, to HVO (hydrotreated vegetable oil) fuel.

This move has been made possible through a partnership with Crown Oil and means that Kao Data has eliminated 90% of net CO2 from backup generators.

Founded in 2014, Kao Data’s Harlow campus is built on the site of Sir Charles Kao’s discovery of fibre optic cable in 1966. When fully completed the 15 acre, +£230m campus will be powered by 100% renewable energy.

Crown Oil supplies fuel, oil and green energy, is headquartered in Manchester, UK, and has a revenue of £197m.

Vegetable oil to the planet’s rescue

Diesel alternative HVO is one of the cleanest fuels on the market.

Kao Data will replace an initial 45,000 litres of diesel and switch to an HVO provision of more than 750,000 litres, when the campus is fully developed.

Despite its roots in fossil fuels, Crown Oil is impressed with HVO.

“HVO fuel is dramatically better for the environment compared to traditional, mineral diesels”, said Simon Lawford, Technical Sales Manager, Crown Oil. “It is 100% renewable, biodegradable, sustainable and non-toxic. We’re proud to have worked with Kao Data to initiate a first-of-its kind project, which will be transformative for the data centre industry, and help point the way forward for significant reductions in industrial greenhouse gas emissions.”

Kao Data is pleased to have almost eliminated fossil fuels from its operations.

“This pioneering approach to replace our generator’s diesel provision with HVO fuel, is a key step in the company’s efforts to become net zero, and a further demonstration of our leadership in the international data centre sustainability field”, said Gérard Thibault, Chief Technology Officer at Kao Data. “This move effectively eliminates fossil fuels from our data centre operations, and helps us reduce Scope 3 emissions in our customers’ supply chain, while delivering no degradation to the service they receive. Most importantly, it shows how our industry can take a simple and highly beneficial step forward for the good of the environment, ahead of COP26.”