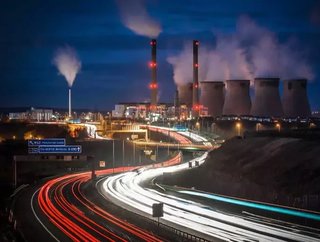 Drax, the energy generation company, has announced the reduction of carbon emissions by 52% in the first half of this year, edie.net reported. The achi...

Drax, the energy generation company, has announced the reduction of carbon emissions by 52% in the first half of this year, edie.net reported.

The achievement made by Drax was documented as part of its half yearly report highlighting that for the first half of 2019, its emissions were 128tCO2/GWh compared to it emissions of 265tCO2/GWh in 2018. Drax have attributed this decarbonisation process to shrinking its fossil fuel portfolio and increasing hydro, natural gas and biomass generation.

Drax became an established coal power station, generating electricity in 1974 and was the most advanced and efficient coal-fired power station ever built in the UK. Today, Drax contributes to clean energy by helping to facilitate a zero-carbon economy, lower cost energy system and greater security and control.

In May 2018, Drax announced its pilot project Bioenergy Carbon Capture Storage (BECCS) – the first of its kind in Europe, “which, if successful, could make the renewable electricity produced at its North Yorkshire power station carbon negative.” The project saw Drax partner with C-Capture and invest £400,000 (US$500,000) into what could be the first of many pilot projects that Drax would like to undertake.

Drax Group’s Chief Executive Officer, Will Gardiner, has commented on the recent half-year report: “Drax wholeheartedly supports the UK’s target of achieving net-zero carbon emissions by 2050 and reducing our greenhouse gas emissions by half in the past year underscores Drax’s commitment to this goal”.

“With the right investment and regulatory framework, we could go further and Drax could become the world’s first carbon-negative power station.