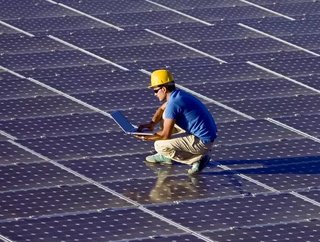 Low maintenance, high energy: solar power is supporting the planet in a lot of different ways… here’s how

Solar energy, the renewable energy source which mimics photosynthesis by converting sunlight into electricity, is abundant but still not widely used.

Yet, as an increasing number of businesses commit to sustainable development goals, more solar farms are popping up, and homeowners are stamping panels onto their roofs. In addition, it’s estimated that fossil fuels will be entirely depleted by 2060, so an eventual shift to renewable energy is inevitable.

The positive outcomes of solar power are well known:

For a solar panel to work properly, it does not have to be in the direct glare of the sun. The panels create energy in the winter, as well as on cloudy days, but not at nighttime. Thus, during the winter, when days are shorter, less energy is produced.

Yet, for those with a solar battery, excess solar energy can be stored and used later or exchanged. In Australia, Victoria Bitter offers free drinks in exchange for surplus solar energy from residential solar panels.

Most people are familiar with the initial product: chunky rooftop solar panels. But these aren’t always aesthetically pleasing and come with some of the aforementioned issues. Solar scientists have continued to create new designs for maximum efficiency, lower costs and greater customer satisfaction.

Here are a few examples of the latest developments in solar technology:

Blinds are a common feature in many offices, and the design team at SolarGap have created window blinds with solar panels attached. The blinds can track the location of the sun and tilt to follow it throughout the day for maximum efficiency, keeping employees shaded and enjoying pollution-free energy. The blinds generate up to 100 Watts per hour, per 1 square meter of solar modules.

SolarGap told Sustainability: “Not everyone has a possibility to install SolarGaps on a roof, but there is almost always a possibility for the window installations.”

The University of Michigan has reinvented the window, creating one which holds solar cells that collect the sunlight and turn it into energy. The window can still retain 43% transparency. It is being marketed to skyscrapers, which also have to protect their employees from the danger of overheating in the summer. Heat rises (it is unnecessarily retained by regular glass) and these solar windows have found a purpose for it.

Tesla skipped over the panel idea, creating instead a whole roof that converts sunlight into electricity through individual solar tiles. “We wanted it to look better, last longer, provide better installation and cost less than a conventional roof,” explained Elon Musk, CEO of Tesla.

Back on Earth, traditional farming is under the lens for its impact on climate change - from farmers in Brazil destroying forests to make room for grazing cattle to methane emissions. But solar farms are expanding, with the solar power being traded overseas.

Despite having a net-zero goal as late as 2060, China has put a lot of effort into renewable energy. So far, the country has built several vast solar farms in unique shapes, including a panda and a horse.

Meanwhile, in Australia, a project is underway to build the world’s largest solar farm, SunCable, with 150 square kilometres of solar panels in the Northern Territory. Most of this energy will be exported to Singapore via a cable running across the ocean floor, but a portion will be used to power homes in Australia.

Although the SunCable solar farm could cover 20% of Singapore’s energy requirements, the island is so densely packed there is no real opportunity for hydro or wind power to be implemented. The country is threatened by rising sea levels and has an ingenuitive answer: solar farms on water. The floating solar farms are being installed in the Johor Strait, between Singapore and Malaysia.

Four thousand metres above sea level in Puno, Peru, another floating solar farm gathers the sun’s energy. Supported by the Global Environment Facility Small Grants Programme, this provides power for isolated communities in allowing farmers to use pressurised irrigation to water their crops and keep the llama population content during the dry season.