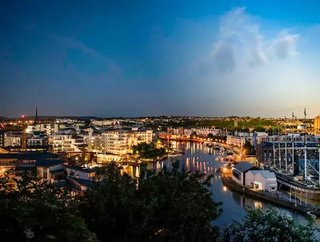 The Bristol City Council has partnered with the Manchester-based energy technology company, EnergiMine. The company will enable the council to launch a...

The Bristol City Council has partnered with the Manchester-based energy technology company, EnergiMine.

The company will enable the council to launch a reward scheme for its employees using the EnergiToken (ETK) blockchain platform, edie.net reported.

The scheme will reward sustainable behaviour, as the council focuses on its aim of becoming a carbon-neutral city by 2030.

ETK provides rewards for energy reduction, the use of clean transport, and social cause initiatives.

Through the platform, the council’s employees can earn tokens to spend or donate the equivalent to charity.

“The pilot to deliver rewards to our staff for being more energy efficient will undoubtedly reduce carbon emissions and save the council money on its energy bills, but we hope that some of those positive behaviours will overlap into people’s home lives and in time influence friends and relatives,” stated Councillor Kye Dudd, Cabinet Member for Energy and Transport at Bristol City Council.

“This behaviour change at a city-level will be key in the coming years as Bristol forges ahead on our journey to carbon neutrality.’’

The council has reported a 71% drop in carbon emissions from its operations against a 2005 baseline, ahead of its target to lower its emissions by 65% by 2020.

“The first step in the fight against climate change starts with the promotion of energy efficient behaviours,” remarked Omar Rahim, CEO of EnergiMine.

“Following the latest IPCC report, we at EnergiMine are proud to have partnered up with Bristol City Council, whose forward-thinking and courageous response to the threat of climate change will surely pave the way for others to follow suit.”

“We really look forward to driving carbon emissions down with the help of the EnergiToken rewards platform. We are leading incentivisation towards a carbon neutral world of tomorrow.”