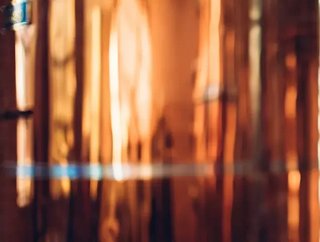 CEO of BrewDog, James Watt announced the company’s latest product; a Vodka that is packaged in sustainable bottles and made of waste beer

BrewDog prides itself on its commitment to sustainable consumer goods products and its Chief Executive Officer and Co-Founder, James Watt announced a new product that will leverage a circular economy in a couple of ways.

Since its founding, the company has pioneered renewable energy usage, electrification of its fleet, utilisation of its waste as bioproducts for production and is now looking to further its sustainability credentials.

BrewDog is driving its own sustainability agenda

The company boasts carbon-negativity thanks to its continued efforts to reduce its reliance on fossil-fuel-derived energy and removes twice as much carbon from the atmosphere as it emits through its operations. In 2020, the company also acquired a 9,308-acre plot of land in the Scottish Highlands intended for the planting of trees to create its ‘BrewDog Forest’; an initiative that will offset the company’s production emissions even further.

Watt took to LinkedIn to announce a new item that will soon accompany its line of sustainably-brewed beers. ‘As part of our commitment to sustainability at BrewDog we are launching a brand new vodka in 2022 made entirely from waste and packaged in a paper bottle’, Watt says.

BrewDog teased the idea of its own Vodka product in mid-2020, but Watt is yet to specify a date for the launch. ‘This revolutionary new vodka is distilled 100% from beer that would otherwise be wasted and packaged in a ground-breaking bottle’, says Watt. ‘Every brewery wastes beer: Sometimes batches are out of spec, sometimes beer goes out of date. We are now going to turn our waste beer into this brand new vodka’.

The process of distilling the Vodka proves a great solution for the company to utilise waste beers with a cutting-edge 20-metre high rectification column. Similar to other beverage suppliers, BrewDog is making the switch to paper-based bottles, which are natural and 100% biodegradable.