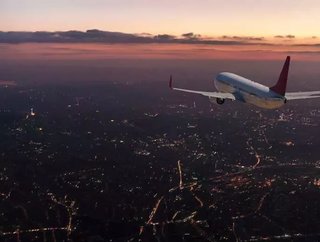 The recent backlash from environmentalists over the proposals to save Flybe by cutting passenger tax has once again brought up the dilemma that many tra...

The recent backlash from environmentalists over the proposals to save Flybe by cutting passenger tax has once again brought up the dilemma that many travel brands, and their passengers, wrestle with on a daily basis: how to promote, or take advantage of, travel that has an environmental cost, while at the same time behaving like a responsible global citizen.

On the one hand, tourism is the mainstay of financial security for many local economies and communities and can be the hub around which industry and jobs are built. In the isolated case of Flybe, it means the saving of 2,000 jobs and a relief to the countless consumers who use and depend on the service. But for airlines and other travel brands who operate globally the potential impact is much bigger, for example to those living in developing countries who depend on international tourism and for whom ‘eco concerns’ may well seem like a first-world luxury.

On the other hand, it’s undeniable that our travel habits, particularly flying, are hugely detrimental to the environment. Environmentalists say that all other efforts to live a green lifestyle are rendered redundant if you’re still flying, so great is its impact – giving rise to the Swedish term of ‘flygskam’ or ‘flight shaming’. One of the big questions in the debate is whose responsibility is it to minimise impact, assuming ‘stay-cationing’ is simply not a widespread desirable option: our expectation to travel freely and internationally is so embedded in our culture it feels impossible to relinquish it entirely.

Some would argue this needs to be championed by those profiting, in the literal sense, from tourism and consumers are already seeking travel brands that are making real efforts to counter any negative impact on the environment. SkyScanner's "sort by Greener Flights” filter already highlights this.

With this in mind, Boeing’s launch of the world’s largest twin-engine jet this week might seem like a blow to environmentalists and consumers seeking more sustainable travel options. However, the aircraft delivers 10% lower fuel use and emissions and can carry more people more economically. Despite Boeing’s recent difficulties, this is a smart move. As consumers become increasingly concerned about their carbon footprint, choosing flights based on “per capita fuel efficiency” will become the norm.

Meanwhile, EasyJet’s CEO Johan Lundgren recently unveiled the airline’s ‘carbon offsetting’ program – one of the most ambitious, if contentious, in the industry. His vision is £25million of investment in afforestation, the production of renewable energies and working with local communities – effectively neutralising the impact of the airline’s fuel consumption without changing its business model of cheap, frequent, easily accessible flights.

The airline admits this is only ‘an interim measure’ while new technologies – such as electric and hybrid planes and sustainable aviation fuels - are developed. It could be a smart move on their part to reduce the negative impact of its other big news – that it will be looking to fill the gap left by the defunct Thomas Cook by selling package holidays to the masses – bringing ever more people into the skies.

Brands offering alternatives to air travel are seeking differentiation and cut-through by highlighting the perils our planet is in and offering travel experiences that minimise environmental harm. The newly launched MS Roald Amundsen, aka the ‘Green Pioneer’ from expedition cruise company Hurtigruten is the world’s first hybrid powered cruise ship that commits to ‘exploring responsibly’. That means educating travellers about the fragile natural wonders of Antarctica while inflicting minimal damage, and distancing itself from the horrors of ‘over-tourism’. The $10,000 price tag per passenger also goes a long way to avoiding that particular trap.  Is that clever marketing, or a genuine attempt to foster awareness and spread the word about conservationism?

Equally, consumers can’t escape the moral responsibility their travel carries. From picking tour operators wisely, researching a hotel’s environmental policies, eating local, supporting family-run businesses, avoiding attractions that damage native flora and fauna and getting around inside the country in an eco-friendly way, a lot can be done to minimise the impact. But it takes time and effort to ensure we’re doing all of these things and brands need to show they are helping consumers make a greener choice.

As EasyJet’s new programme shows, there’s a lot to be said for thinking laterally and other commercial operators need to be thinking about what they can do to help reduce their environmental impact. If it’s not possible to take immediate action, simply showing that you’re engaging with, thinking about and promoting the green agenda within the products and services you offer goes a long way, whether that’s by contributing financially, or with people, time and resources. If done well and genuinely, this can help negate some of the negative impact of the environmental issues that hound the sector.

If travel brands can figure out a way to communicate a genuine and ownable stance on environmental impact, what might now seem like a huge challenge to their future success might turn out to be their greatest opportunity for brand transformation.

Pippa Nordberg is the Strategy Director at Futurebrand