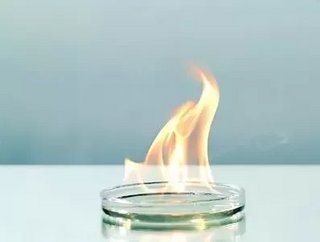 The UK airport, Heathrow, is working with Vitol Aviation and Neste to implement the use of Sustainable Aviation Fuel (SAF) in its aircraft. Heathrow has trialled the alternative fuel supply in its aircraft as a ‘drop-in’ replacement for kerosene fossil fuel. Heathrow’s endeavour is a first for the aviation industry.

What is Sustainable Aviation Fuel?

SAF acts as a proven replacement for fossil fuels in aircraft. The fuel is evenly mixed with the standard kerosene fuel, and according to Neste, SAF is capable of reducing greenhouse gas emissions by up to 80% compared to conventional fuel. The company has worked on the sustainable alternative for around a decade, as it began testing the fuel in jet engines as early as 2011.

The company produces its MY Renewable Jet Fuel from 100% renewable waste and residue materials, including waste animal fat and used cooking oil. According to its report, the results are obtained by mixing 50% of kerosene and 50% SAF.

“We are continuously supporting the aviation industry in its efforts to reduce greenhouse gas emissions. We are pleased that Vitol [is] enabling Neste MY SAF to be used at Heathrow, one of the leading global hub airports. We are also proud to play a role in lower-emission travel to the G7 conference, where sustainability will be one of the key topics,” says Jonathan Wood, Renewable Aviation at Neste Vice President Europe. Vitol Aviation specialises in the supply and handling of jet fuel at over 140 airports across the globe. Vitol has agreed to handle the Neste MY SAF as it supplies the fuel to Heathrow. The company has also paid for the supply that will be used in the trial. “Sustainability has always been important to us as a supplier and to airlines and their passengers,” says Leticia Hachuel, Vitol Aviation. “We are delighted to be the first to deliver sustainable aviation fuel to Heathrow. Whilst this is proof of concept, the need to realise lower-emission options for flying is critical, and we are looking at how we can use our expertise to offer more sustainable options.”

The Future of Sustainable Transport

Heathrow is testing a limited amount of SAF in its aircraft, enough to cover five to 10 short-haul flights, with the prospect of using the new fuel across many more of its flights. The Chief Executive Officer at Heathrow, John Holland-Kaye, spoke about the project. “We are delighted that Heathrow is the first UK major airport to successfully incorporate sustainable aviation fuels into its operation. As we get ready to welcome the world to the G7, we can demonstrate how this technology can significantly cut carbon from aviation whilst protecting its benefits.”

Despite the fuel being rather expensive, the airport hopes this ‘proof of concept’ will push the government to back the use of SAF across all of its commercial flights. “The UK Government now has an opportunity to create a new British growth industry by backing sustainable aviation fuel production and also be leaders in the race to a [net-zero] 2050. Now is the time for less talk and more action, and Ministers should set an escalating mandate to blend SAF into fuel and incentives stable over 5-10 years to foster investment in production, with a target of 10[%] by 2030 and at least 50[%] by 2050,” says Holland-Kaye.