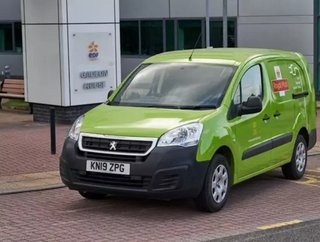 The UK is already recognised as a world leader in establishing electric vehicle (EV) charging infrastructure, with Auto Express reporting in May 2019 th...

The UK is already recognised as a world leader in establishing electric vehicle (EV) charging infrastructure, with Auto Express reporting in May 2019 that 13,000 charging points were publicly available nationwide at the time.

Despite this progress, there is plenty of scope for more. In that vein, Royal Mail has partnered with EDF to ramp up its own EV charging infrastructure to both maximise the efficacy of its fleet and ensure it can be independently juiced up.

Royal Mail operates one of Europe’s largest commercial EV fleets, and EDF has been selected to enable both the existing numbers and future expansions with charging points at Royal Mail sites (beginning in South East England), signs, bollards, wheel stops and maintenance where necessary.

“The fact that one of the largest fleet operators in Europe has committed to such an ambitious project is a turning point in our journey to a low-carbon future,” said Philippe Commaret, Managing Director for Customers at EDF, in Royal Mail’s press release.

“Working with Royal Mail to install EV infrastructure at their UK sites will allow them to accelerate towards an electric future, and hopefully inspire other businesses to follow suit.”

Paul Gatti, Fleet Director at Royal Mail Group, says: “As we continue to realise our EV ambitions, we are careful to choose the right partners along the journey.

“We chose to work with EDF Energy – not just as a supplier – but also as a solutions partner to implement our new sustainability strategy. Over the three years we are confident that, alongside EDF Energy, we can deliver the infrastructure needed to power Europe’s largest commercial fleet of EVs.”

Royal Mail’s decision to partner with EDF will form an important element of its wider sustainability strategy and aim to significantly reduce its carbon output.