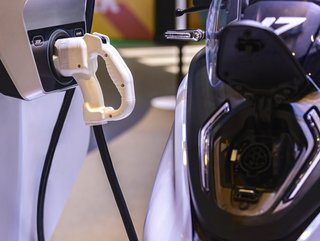 Zero Motorcycles, out of Santa Cruz, has shipped 300 bikes to Indonesia, where it will fill the fleet of the government and ensure a zero-carbon G20 summit

As G20 kicks off this week in Bali, all eyes seem to be on Joko Widodo, the president of host country Indonesia. Widodo has called for the summit to have zero emissions. Among the consequences of this goal are the fact that the entirety of the Indonesian government’s motorcycle fleet is to be comprised of electric vehicles.

Zero Motorcycles – a company based in California which manufactures electric motorcycles and powertrains – has helped achieve this goal by selling 300 of its premium electric motorcycles to be used by the National Police and Indonesian National Armed Forces (a body which includes the Presidential Security Forces). Among the models sent were the Zero DSRP, which is designed for use by authority forces, as well as the SR/S and the SR/F, which are widely available to the public.

Founded in Santa Cruz, California in 2006, Zero Motorcycles is currently operational in upwards of 40 countries and seeks to unite the most advanced in green technology while maintaining the thrill of motorcycle driving. It has 10 consumer models built for three different platforms, which can be deployed both for street and dual-sport use, and the company can claim to outfit more fleets of two-wheeled electric vehicles than any other in the world.

Commenting on the recent deal with the Indonesian government, Zero CEO Sam Paschel had the following to say: “We applaud President Widodo and the entire Indonesian government for their clear vision, admirable climate leadership goals, and for the speed with which they sought to equip and train their staff for the G20 Summit. The G20 is an extremely important platform and being able to deliver a large fleet of reliable electric motorcycles for the event is a credit to our amazing team, and a benefit for the entire world.”

The G20 is a multinational entity that represents the 20 largest economies in the world. Its 2022 meeting is due to take place in Bali on November 15-16.