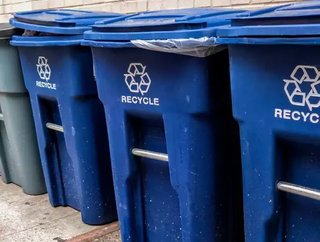 PepsiCo’s philanthropic business unit, The PepsiCo Foundation, has raised US$25mn in collaboration with the Recycling Partnership for the ‘All In On...

PepsiCo’s philanthropic business unit, The PepsiCo Foundation, has raised US$25mn in collaboration with the Recycling Partnership for the ‘All In On Recycling’ challenge.

The challenge has raised the funds a little over a year since it was launched in July 2018, and it aims to enable American citizens to recycle waste more easily and support a circular economy. Funds are being invested in infrastructure and educational initiatives to address the lack of both in municipalities across the US.

According to PepsiCo’s press release on the matter, over half of the recyclable materials used by American households goes to landfill. One infrastructural example of the initiative’s work is curbside carts (wheelie bins to those of us on the other side of the Atlantic), a proven method for doubling the volume of recovered recyclables from households.

PepsiCo also highlighted that “wishcycling”, the act of tossing non-recyclable materials in with recyclable waste which can go on to damage machines and irrevocably contaminate genuine recyclables, can be tackled through the aforementioned education programmes.

"When the Recycling Partnership and PepsiCo launched this challenge a year ago, we recognised the need for significant collective action to improve recycling in the US, and we are pleased to see our partners and peers step up and lend support to this effort," said Simon Lowden, Chief Sustainability Officer at PepsiCo, in the press release.

"However, this is only the beginning, and we must continue to work together to create the scale of change needed to strengthen our recycling system. This is critical to reduce waste that ends up in our oceans and environments, to meet the growing demand for recycled content that powers the circular economy and to support a more sustainable future."

Keefe Harrison, CEO of the Recycling Partnership added: "Developing a sustainable recycling system is critical to the future of our planet. The ‘All In On Recycling’ challenge gives us the opportunity to come together as communities, regions and states, global corporations and as individuals, to change our path towards a healthier future.

"A circular economy where global brands can partner with nonprofits to invest in community infrastructure to better capture recyclables, educate residents on what to recycle and where and bring all stakeholders together in partnership is one that everyone should get behind. After all, we're all in this bin together.”