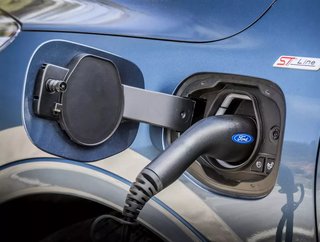 Biden signs an executive order to halve US production of fossil-fuel-powered vehicles, Ford Motor Company, General Motors and Stellantis are on board

The leader of the US, President Joe Biden is playing his part in driving down emissions in the country. And rightly so. In 2019, the US produced around 6.6 billion metric tonnes of carbon dioxide equivalent greenhouse gas emissions, which made it the second-largest contributor in the world.

The next port of call for Biden is to slash the emissions produced by vehicles. An executive order has been signed by the President, which states that electric vehicles will make up half of the overall figure from 2030 onwards. The administration has also proposed a new set of vehicle emissions standards that would cut pollution in 2026—with a 10% increase in stringency across 2023 models.

This initiative marks a major step in the country’s broader plan for positive contribution against climate change while also planning its ascent in the automotive industry. Leading automotive companies have backed the executive order as they agree to support Biden’s commitment. Biden told reporters ‘The biggest thing that’s happening here is there’s a realisation, on the part of both labour and business now, that this is the future. We can’t sit by’.

The leading carmakers, General Motors, Ford Motor Company and Stellantis NV—the parent organisation of Chrysler—mentioned that they will support the EV production target. ‘To achieve sales of 40-50% of annual U.S. volumes of electric vehicles ... by 2030.’, the carmakers said, which will involve more development of battery-electric, plug-in hybrid and fuel-cell vehicles.

The requirements, set out in Biden’s plan, will not follow the direction of Democrats or the state of California as they aim to phase out the production of fossil-fuel-powered vehicles by 2035, which goes against the advice of the United Auto Workers (UAW) union. The President of the organisation, Ray Curry says the organisation is focused ‘on preserving the wages and benefits that have been the heart and soul of the American middle class’.

Meanwhile, Senator Gary Peters of Michigan sided with Biden's decision not to set a harsh deadline for eliminating fuel vehicle production. ‘Flexibility is important ... but at the same token you need to set ambitious goals’, says Peters.