What does MIT say about global renewable energy adoption? 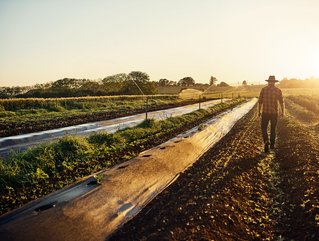 Sustainability Magazine has praised some of the most responsible countries in the world, and the cities and companies within them. MIT Technology Review has further highlighted this through its study of countries and their emissions. The Green Future Index 2022 marks the second edition of the comparative study, which encompasses the emissions and commitments to lowering their carbon footprints.

The study shows data on 76 nationals and ranks them based on their ability to develop energy-efficient solutions. The study measures the extent to which each nation switches to clean energy, and addresses industry change, agriculture and social issues.

Carbon emissions are a key metric

The report outlines the carbon emissions contribution of each country and the changes to three different drivers: industry, transport and agriculture. Countries that use more renewable energy are positioned higher on the list, with Iceland at the top, closely followed by Finland and the United Arab Emirates (UAE).

The second pillar highlights the organisations that have successfully implemented renewable energy but determine the percentage of total energy consumption that they account for based on the recent rate of change and the use of nuclear power.

According to the research, Ethiopia scored the highest on the list for energy transition, with the second being Angola—a small country that borders the Democratic Republic of Congo, and the third was Uganda.

The Green Society pillar pays particular attention to some of the societal issues that countries have to address, including waste and energy. Countries that make it higher on the list put initiatives in place to develop more energy-efficient buildings, encourage more of the public to recycle materials and address the consumption of meat and dairy products—an industry that is said to contribute heavily to global warming.

The review shows that South Korea is at the top of the list when it comes to societal impact, followed by Singapore, and the third on the top 10 list was Ireland.

Thanks to the clean innovation pillar, the MIT Technology Review was able to establish an ordered list of countries based on their ability to innovate while also investing in clean energy and food technology solutions.

In early-2022, Finland took out financing of €217 million through the European Commission’s Recovery and Resilience Facility to spend on decarbonising the energy sector within the country, investing in hydrogen and new CSS infrastructure to meet its 2035 carbon neutrality goals.

Setting climate goals is key for any organisation looking to become more sustainable, but to achieve this country-wide requires a significant level of funding, and Denmark champions the list for its success in setting goals, carbon pricing initiatives, sustainable agriculture policies and developing initiatives for carbon capture and sequestration.

Denmark raised US$762 million in green bonds for its energy transition programme, of which the Danish government expects green bonds to make up 25% of sovereign debt this year.